He’s dead. Self-inflicted gunshot wound to the head. So that’s why he never returned my call. It happened in his car, outside his girlfriend’s house. Before our lunch a couple weeks prior, it had been over 2 years since we had spoken. Ours was a short-lived, troubled, passionate, ridiculous dead-end affair. A Bad Decision. He told me he was crazy. I took his hand, looked him in the eye and said, “I know,” and smiled. More recently, over chana masala, he told me he would rather die than go back to AA meetings. I didn’t know he meant it. Really meant it. Darkness always followed him. That was nothing new. But he was so proud of the tattoo shop he opened. I suppose sometimes demons carry more weight than accomplishments.

His mom told me stories about him as a child, while I played her the song I wrote for him the day before. I touched an old photo of him she showed me and felt an electric shock go through my finger. My lightbulbs started flickering, expanding and contracting light. I saw a vision of myself in a lucid dream wearing a long green dress, saving my young male child from drowning on a beach, centuries ago. His mom told me about the time she pulled him out of the bathtub as a toddler, almost blue. The boundaries of time and space and lifetimes disappeared. Tiny flashes of white light started appearing to me. I sat in a hospital with a friend talking about him, as the elevator doors in front of us opened and closed, expanding, contracting, pulsing rhythmic messages. The moment we changed the subject, the doors closed and the elevator ascended. I revisited a song I wrote a few months before and saw the lyrics as a subconscious premonition of his death.

And the hands. The strong, colorful, calloused tattooed hands that once explored my softness, gave me comfort, that made me feel like a queen, if only for a fleeting, frozen moment. The hands that embedded stories in ink under the skin of both kindred spirits and paying customers. The hands that wrapped themselves around cold metal and pulled the trigger. His mom said that the police brought his hands to her to identify. Just his hands. Just his hands?? Did they chop them off, like raw meat? Bring them to her on a platter? In a box? In a specimen jar? I didn’t dare ask. But I always wondered. 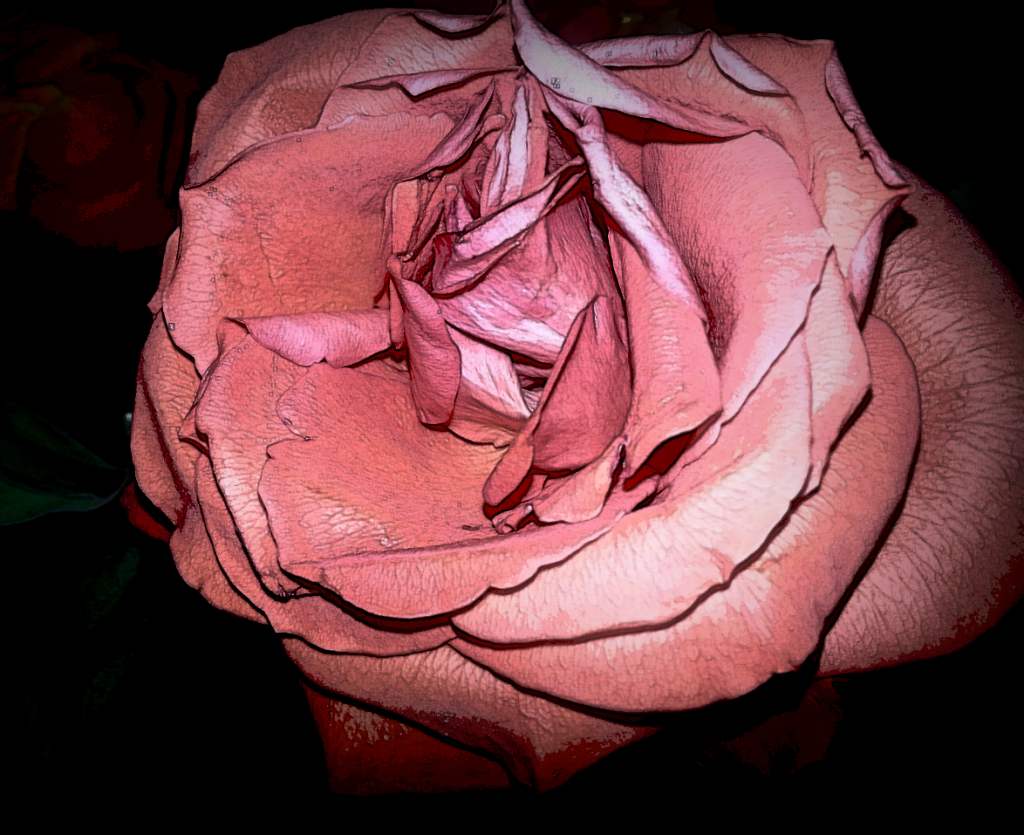 With the last brittle petals still lifelessly clinging to their core, the stem which once bore down deep into the earth, the cycle was now complete. It was time to let go. The rose was now a hollow vessel. A death rattle. I went outside. I watched the petals crumble, almost dust, dancing in the wind, rising, falling, rising, falling, falling, resting. Their job was now to feed the earth from which they came, the earth in which he now lies, where they now lie, together.